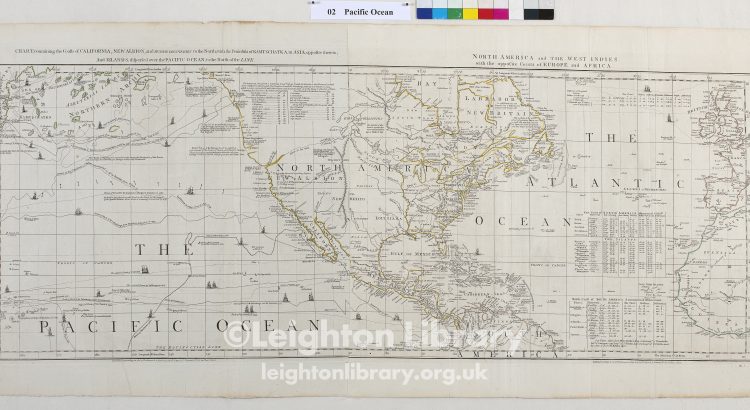 An 18th century atlas of the Americas housed at the University Library has now been digitised and made available online.

Thomas Jefferys’ and Samuel Holland’s American Atlas, published in 1776, is one of the most important atlases of the American Revolutionary period. Thomas Jefferys was Geographer to George III and published some of the most important 18th century maps of the Americas. Cartographer Samuel Holland was First Surveyor General of British North America.

The atlas belongs to the Leighton Library in Dunblane, a collection which is based on the personal library of Archbishop Robert Leighton (1611-1684). From 1734 the library operated as one of the first subscription libraries in Scotland. Leighton’s collection of books was supplemented by 18th and 19th century additions, such as the American Atlas.