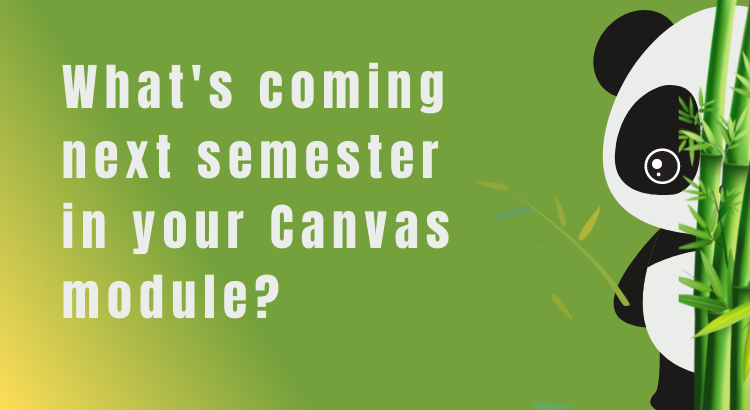 It’s beginning to look a lot like Summer, which means the autumn semester is not too far away. See below for a sneak preview of what’s coming up next semester in your Canvas module.

We have produced a step-by-step guide which will enable you to transition your materials smoothly and build your module for the coming academic year. We have also highlighted some areas that could be problematic and provided guidance on how to move these resources.

Changes to the autumn semester template

Microsoft are no longer using Microsoft Stream to store recordings of Teams meetings. From Thursday 7th July, recordings will appear in a dedicated ‘Recordings’ folder in SharePoint and OneDrive from where they can be shared or downloaded in a similar way. Further information can be found in UniDesk Self-Service.

A Teams integration with Panopto is also coming soon, which will mean that Teams meetings’ recordings can appear in the relevant Panopto folders too.

We now have an institutional licence for Poll Everywhere. Poll Everywhere is a learner response tool which can be used to collect instant learner feedback. Further information can be found in our Learner Response and Engagement section in UniDesk Self-Service.

How to Succeed in your Module

We are currently developing a set of pages called ‘Week 0 – How to Succeed in your Module’ for optional import into your module from Canvas Commons. These resources were first developed and used in FNS last year and we are looking to promote them more widely this year. They comprise of a set of short customisable pages that can be dropped into your module for the benefit of your students. They summarise some key facts relating to your module and study at Stirling (e.g. how to get their timetable, IT setup, intro to plagiarism, intro to employability and skills). More to follow on this.

Support will be available throughout the summer from both Academic Development and the Digital Learning Team. Both teams can be contacted directly or via the Information Centre if you’re not sure who to contact.